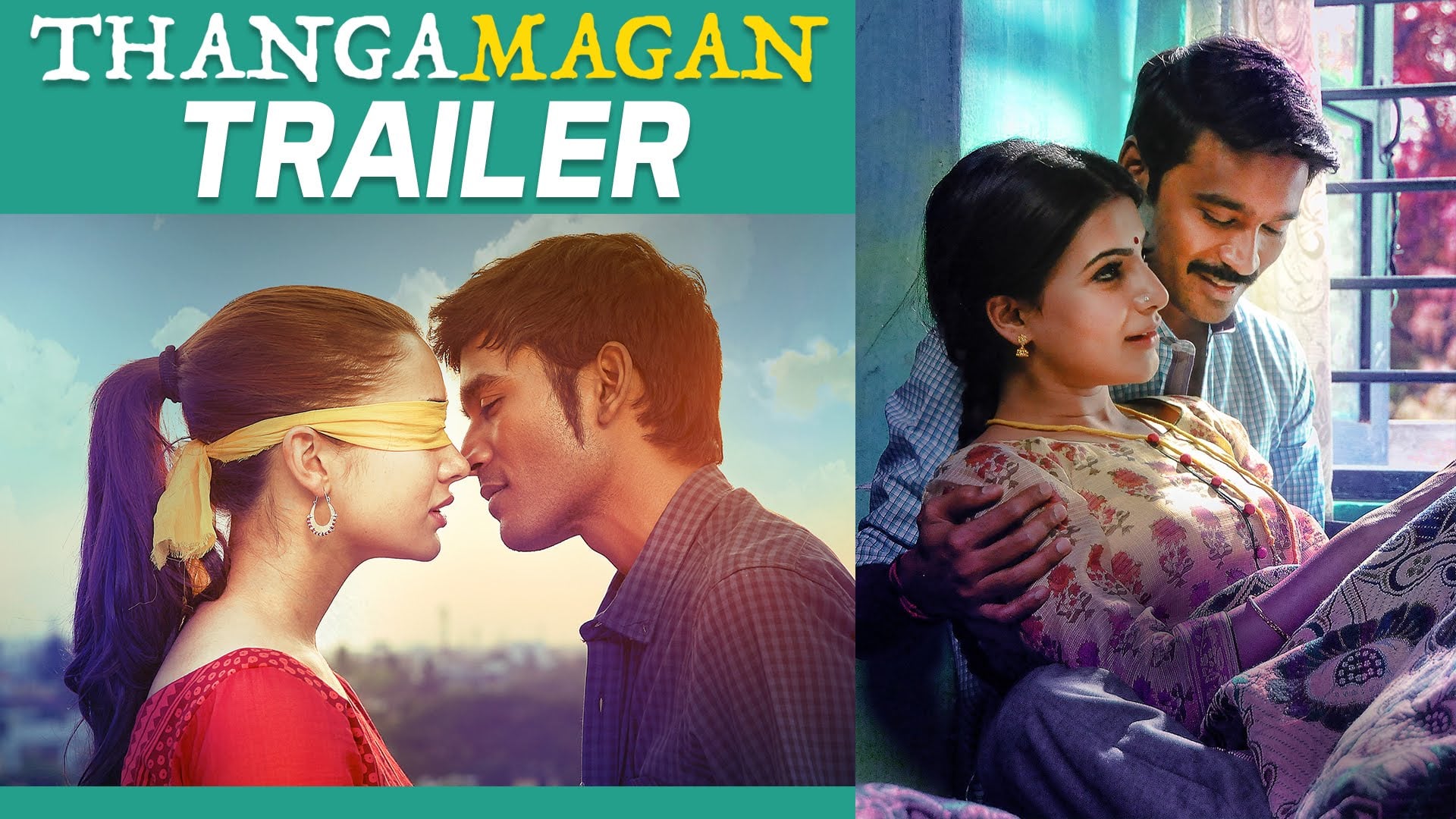 Thanga Magan Trailer is released today evening 6 PM. And the movie was planned to be released on Dec 18 th.

Dhanush was busy in Chennai flood relief and now he is back in his work.
This film is also releasing in Telugu and is planned to be released in 300 theaters. In Tamil Nadu it is planned to release in 400 theaters.

This film has a huge expectation as it is the VIP team which gave a blockbuster last year .
The music album got good response among the audience and now the fans are eagerly waiting for the trailer.

This film has Dhanush in the lead role and heroines are Samantha and Amy Jackson , Velraj has directed this film.

Thanga Magan
2016 film
Thanga Magan is an upcoming Comedy Drama film written and directed by Velraj. Produced by actor Dhanush, it stars himself in the lead role, alongside actresses Samantha and Amy Jackson. Wikipedia