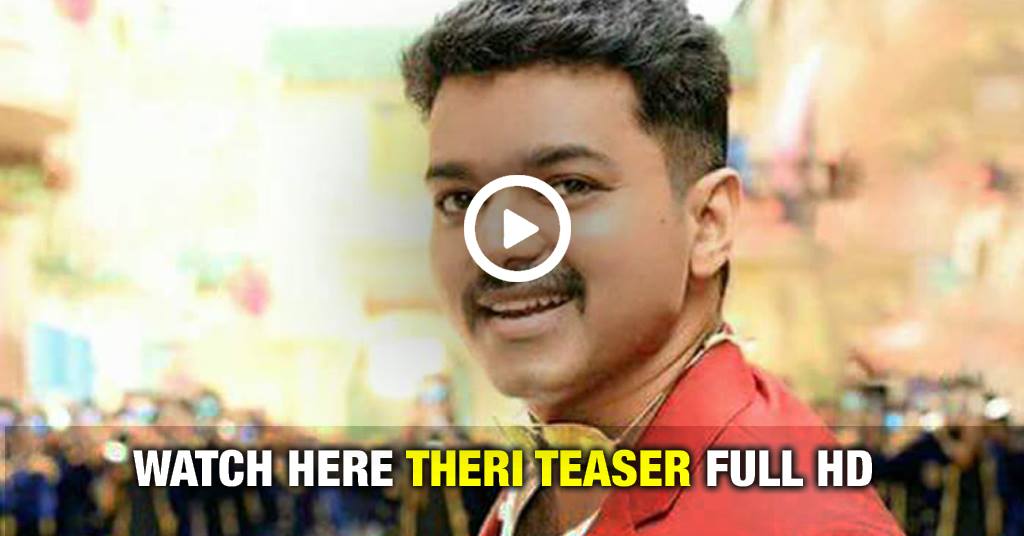 Watch Theri Movie Teaser HD Online in TamilGlitz. Theri (English: Spark) is an upcoming Indian Tamil action film written and directed by Atlee and produced by Kalaipuli S. Thanu. The film features Vijay, Samantha and Amy Jackson in the lead roles, while Prabhu and Raadhika Sarathkumar amongst others form an ensemble cast. Featuring music composed by G. V. Prakash Kumar and cinematography handled by George C. Williams, Theri will have a theatrical release in 2016. Wikipedia

Music
G. V. Prakash Kumar was signed to compose the film’s music and collaborated with Atlee after the success of their previous album, Raja Rani (2013). Theri was the fiftieth film that Prakash had signed, and with Atlee, he went to Goa in March 2015 for a music composing session. Uthara Unnikrishnan and Deva recorded songs for the film, while Vijay and Neeti Mohan also recorded a song for the film