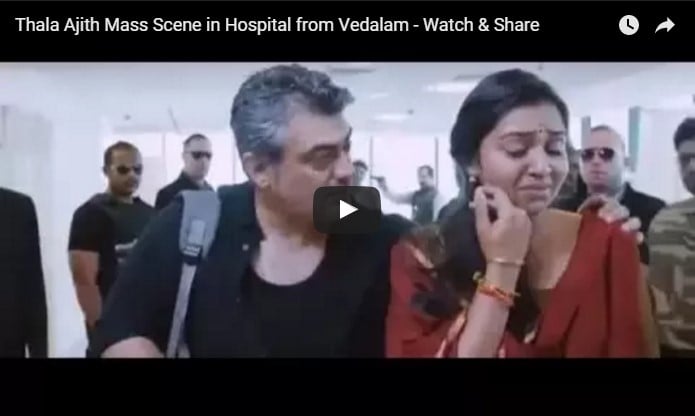 Thala Ajith Mass Scene in Hospital from the Movie Vedalam aka Vedhalam.

Vedalam (English: Demon) is a 2015 Indian Tamil action-masala film written and directed by Siva, and produced by S. Aishwarya.

Anirudh Ravichander composed the film’s music and background score, while Vetri and Ruben were the film’s cinematographer and editor respectively.

The film began production in April 2015 and was released on 10 November 2015, coinciding with Diwali.