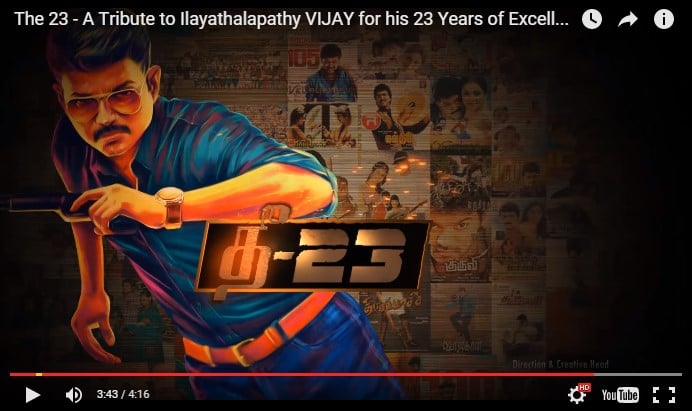 Vijay (born Joseph Vijay Chandrasekhar) is an Indian film actor and playback singer who works in the Tamil film industry.

Son of film director and producer S. A. Chandrasekhar, he started his career as a child actor in the movie Vetri and later made his debut as a lead actor in the 1992 film Naalaya Theerpu, both of which were directed by his father.

He also launched the Vijay Makkal Iyakkam, a social welfare organisation in 2009.

Vijay was listed 41 in Forbes India’s “Celebrity 100 List” for the year 2014 and is ranked higher than any Tamil actor.

Vijay became a Roman Catholic after taking his Holy Communion at a Chennai church.

He had a sister Vidhya, who died at the age of two years.

He is a Christian by birth. His father S. A. Chandrasekhar is a popular film director.

They have two children, a son Sanjay born in 2000 in London, and a daughter Divya born in 2005 in Chennai