THERI is one of the most expected Movie of this year and it is all set for a grand release this 14th and here are the TOP 6 reasons why you should watch Vijay’s theri !! 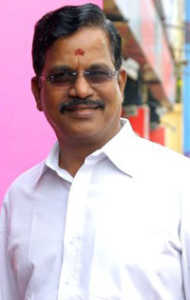 “Theri” is produced by Kalaipuli S Thanu who is one of the top most producers in the Tamil Industry. Earlier the same producer has worked with Vijay for “Thuppaki” which was a blockbuster in the year 2012, “Thuppaki” movie has entered the prestigious Rs. 100 crore club and stood as the top grossing film in that year. Once again, the same combo is coming up with “Theri”. “Theri” trailer was simply awesome and the viewers are blown away with
the fantastic shots and made the movie lovers more desperate to watch this movie. Kalaipuli and Vijay will surely hit the bulls eye once again with this flick.

Reason 5:
Music:
The music for this flick is composed by energetic director G V Prakash and this album is his 50th project. The music which is composed by G V Prakash was great and it was received well by all the music lovers. He already worked with Ilayathalapathy Vijay in the movie Thalaivaa and director Atlee for his debut flick “Raja Rani”. Music director – actor G V Prakash has once again proved his talent with this “Theri” album, now every one are waiting
to watch the songs on the silver screen. 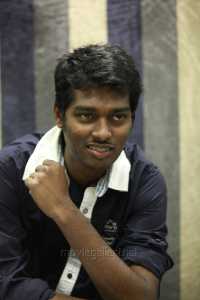 In Kollywood, many top directors are waiting to direct Vijay. But, young director Atlee has got a great opportunity to direct Ilayathalapathy for his second flick itself. Atlee has made his directional debut with the film “Raja Rani”, which was released in the year 2013. Before making his debut into direction, he worked as an assistant director for maverick director Shankar for many great films. Atlee has won the hearts of audience with his excellent flick “Raja Rani” which has all the masala elements with emotions in different way. Now all
the diehard fans of Vijay are confident on the flick “Theri” since Atlee will surely make the story which can attract all the age groups.
Reason 3:
Baby Nainika: 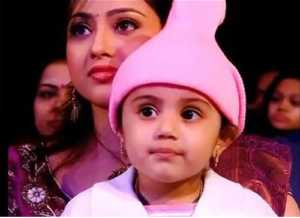 Actress Meena’s fouryear old daughter Nainika is making her acting debut with her upcoming action entertainer “Theri”. In this flick, Nainika is playing the role of Vijay’s daughter, where she dubbed her lines on her own. It will surely be an eye feast for all the audience to watch Vijay and little kid on the screen. The emotional bondage between Vijay and Nainika are
showcased very well. 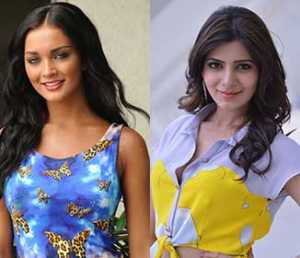 “Theri” has two top leading ladies Samantha and Amy Jackson. Both these
gorgeous beauties will surely pull the youth to the screens with their stunning performances.
Samantha earlier shared her screen with Vijay and this is her second movie with this star, who looks great on screen with their natural performance. Coming to Amy Jackson, she is pairing up with Vijay for the first time. In this flick, Amy looks bubbly and different and she will surely impress the audience with her top notch performance.
Reason 1:
Ilayathalapathy Vijay: 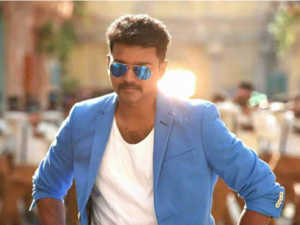 Vijay has unlimited number of fans following across the world. This name is enough for pulling all the section of audiences to the silver screens. Earlier, Vijay has huge mass following in his career beginning, but later on, he earned all the class audiences with his amazing performance. In “Theri” the actor is going to entertain all his movie lovers with different roles and in this flick he is romancing two beauties. Now, everyone get ready to watch “Theri”, Vijay is coming on this festival season and he will surely going to rock the screens with his energetic performance .