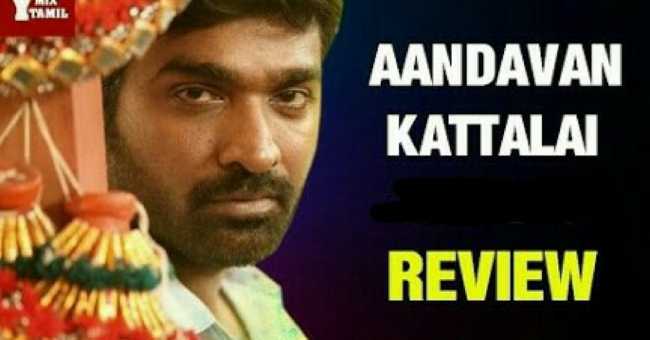 Aandavan Kattalai movie starring the Makkal Selvan “Vijay Sethupathi” and the Irudhi Suttru Fame Ritika Singh and to add on the movie is directed by Kaaka Muttai fame Manikandan . His movies usually has a message for the society.

Aandavan Kattalai dint have a big buzz during its release as it was not marketed well. But still there is a pulling factor that is “Vijay Sethupathi”.The story of Aandavan Kattalai is crystal clear .The movie shows how a youngster struggles to get passport and tricked by fraudster

Aandavan Kattalai is a perfect mix of drama and comic masala, Vijay sethupathi as usual plays his role at ease and realistic .His body language and madras slang is often appreciated .

The Comedy sequence of the movie requires a special mention . Yogi Babu’s Comedy was hilarious and the whole theatre erupted . We are sure that Yogi Babu will reach places , a true talent .

Ritika Singh has done her part so good and its fresh seeing her in a complete new avatar , her performance is so matured . The Backgroud score from K is appreciavle , his songs too are a boost for the film.

On the whole Aandavan Kattalai is another Manikandan Kind of film with Vijay Sethupathi’ s touch making it even more enjoyable . And this time we can expect good box office number .