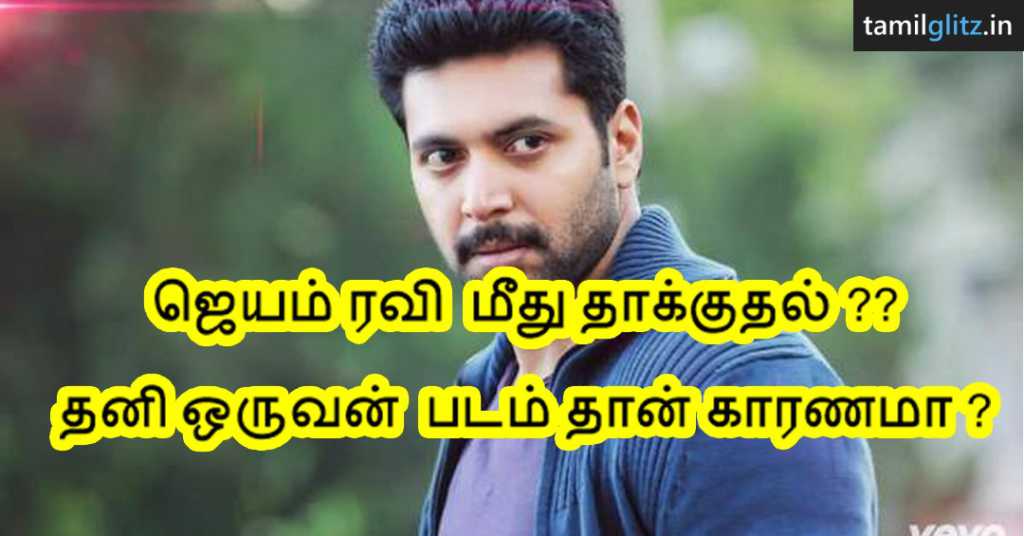 After continuous victories on his recent Romeo Juliet, Thani Oruvan, etc. Jayam Ravi is having the time of his life. Lately, he attended a party in a well-known Hotel. When returning home, he was accompanied by one of his relatives, Joy Anand.

During the travel, they met Sudharson Annadurai, a fighter from Madurai. A clash happened between Jayam Ravi’s group and their Group. In the fight, Joy Anand was severely injured and was admitted in the hospital. The Security guards nearby stopped the fight and Joy Anand was admitted in a nearby Private hospital. Joy Anand filed a case on Sudharson Annadurai. Police are investigating whether Jayam Ravi was also hurt in the fight. They got hold of all Camera surveillance and while the media is talking about Jayam Ravi being hurt, we are not sure about it, Police Officials say.