Aditi Balan is a south Indian actress who featured in Tamil language movies. She made her debut in the Tamil film ‘Aruvi’ which released in 2017. She impressed everyone with her performance in her first movie.

A recent photo of Aditi Balan featuring in a popular Cinema magazine JFW is making the social media goes crazy. She was featured in the magazine in March 2018 edition,Checkout the Sensational Photo Below 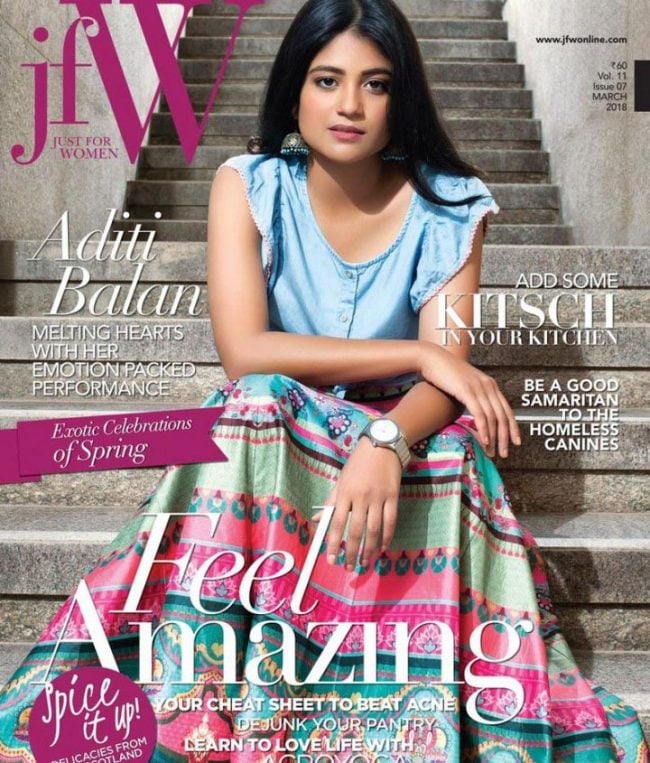