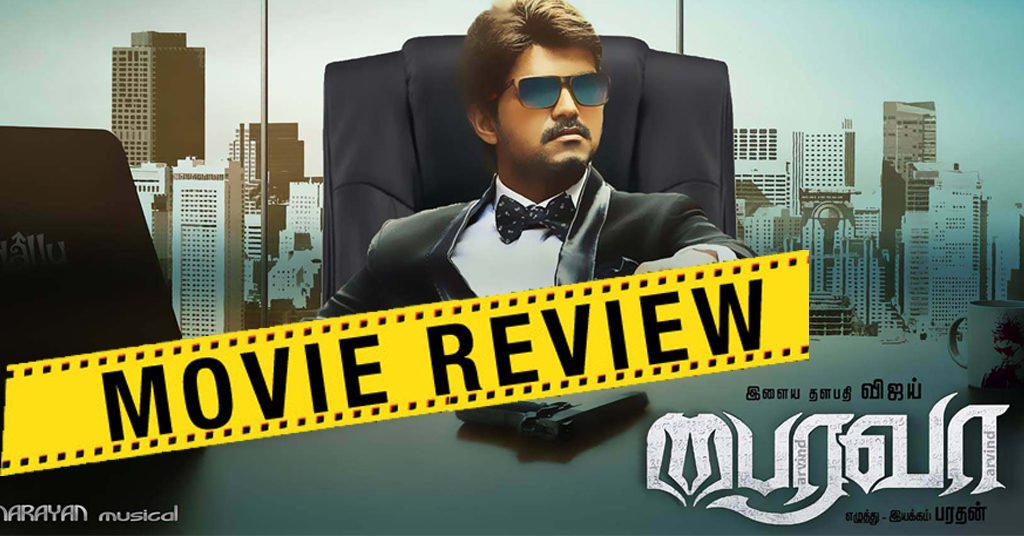 Bairavaa the 60th movie of Vijay directed by Bharathan. Vijay was praised for giving a chance to Bharathan once again after their failure in ATM ( Azhagiya TamilMagan ). The movie released without much expectation because of its average First look Teaser and songs. Let us see the review of Bairavaa in detail.

Bairavaa starts off very slowly, with forced comedy scenes and a good Cricket based fight scene. Vijay’s charm and dashing screen presence require a special mention, though the wig used for Vijay is unconvincing. Keerthy Suresh and Vijay romance portions were average, and songs were forced. Fight sequences have saved the film in major part combined with the electrifying BGM from Santhosh Narayanan. The first half was average and took a high point at the interval.

Fan moments were very less and fans were eagerly waiting for the second half to witness some mass scenes but they were disappointed at the end. The second half is draggy and the social message conveyed was only the savior. The film looks kind of a film in early 2000’s and very outdated. The Fight sequences were well choreographed in the second half also.

Daniel Balaji’s performance was too good, he had shown variations in many areas. Keerthy Suresh has also done a good job, emoting well and looking thara local in dance steps. Thambi Ramaya comedies were good but was limited. Sathish’s comedy didn’t work for most parts. Vijay, as usual, holds the film at many parts.