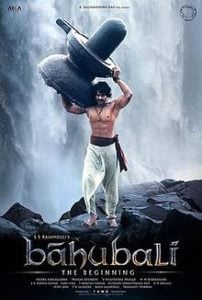 Baahubali is the latest Superhit movie from S.S.Rajamouli which shattered the top Box Office Records of Indian Cinema Industry. It is a production of extensive hardwork from the Cast and all those who were involved in the film shooting.

Just this Image below will tell you what we meant.

Almost everyone were concentrating on this movie scene. But everyone missed it.