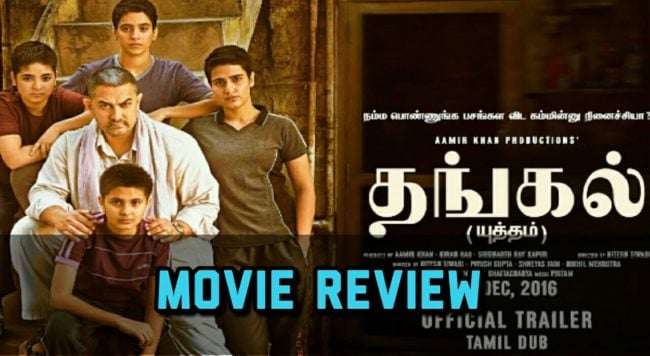 Dangal the most awaited film is all Set to Release tomorrow on Big screens Worldwide. Everyone is waiting to watch Mr. Perfectionist Aamir khan and his dedication in this film. Recently Special show of Dangal has been screened and one thing that gets clear after watching it that is the film will be a Sureshot Blockbuster and it will be a Benchmark in Bollywood hereafter.

Dangal is an Biographical film of a Wrestler who fails to Win medal in Olympics and then how he guides his daughter to win medals for the country in Commonwealth games. The Director of the film Nitesh Tiwari has kept the audience completely engaged to the movie. He really deserves a Huge applause for this. Aamir khan once again shows us why he has been called as Mr. Perfectionist by us through his dedication in this film.

The two girls Sana shekh and Sanya Malhotra really steals the show and in many situations they were been the Heart of the scenes. The visuals were really stunning and the music has been very attractive. You may have watched many of the Biographical films but Dangal will definitely be a Special movie to us.

VERDICT : Dangal is more than a Aamir Khan Movie . Just go for it !!