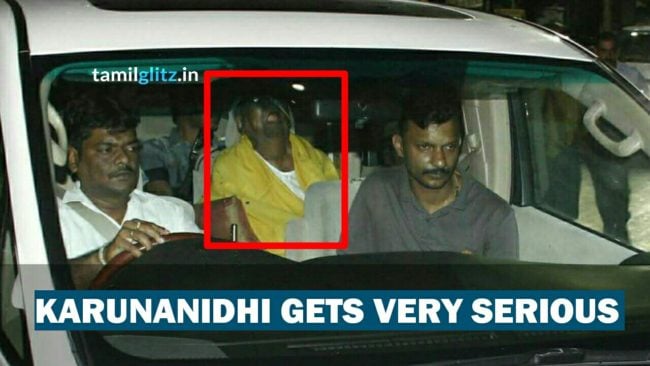 K. Karunanidhi the Legendary leader of Dmk who has been in Tamilnadu politics for many long years. He has also been as Chiefminister of Tamilnadu for more than 5 times. This 92 year old Veteran leader has been suffering from many health disorders.