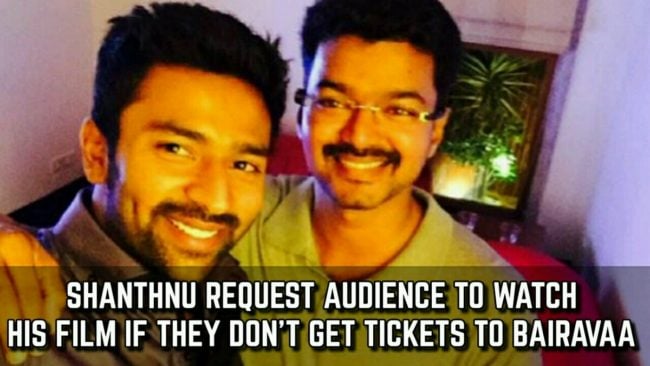 Though 8 films are Releasing on that season, none of those films are seen as Competition for Bairavaa due to Vijay’s fanbase and Craze. Now shantnu too accept this fact and expressed his thoughts. He said that it is impossible to be a Competitor for Vijay sir. He also requested that who don’t get tickets for Bairavaa then please do come for his film. He conveyed this through his recent tweet!!