Undoubtedly the Biggest movie of this year will be “Kabali”, starring The Superstar directed by Pa. Ranjith. Kabali is all set for the release on July 22 worldwide. The exact screen count is yet to be announced but it is confirmed that it will have a record number of screens.

Famous Box Office Trackers have calculated that the expected Box Office collection of Kabali on day 1 will be nearly 60 crores which will be the biggest for any Indian Movie.

If this happens Superstar Rajini will once again prove that he is the undisputed emperor of Indian Cinema.

Lets wait for Kabali to break more records after release !

The recent update is that the Teaser of Kabali has crossed the 25 million views mark !! 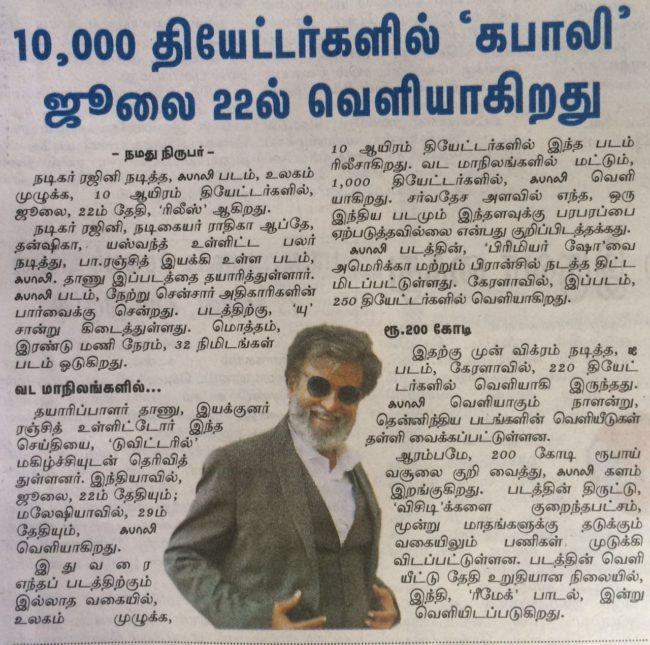