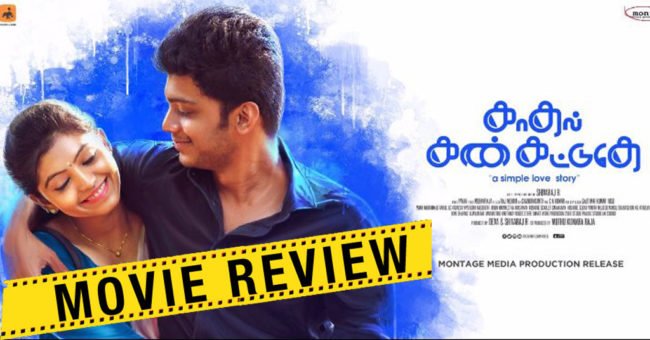 The movie was promoted with a tag “A simple love story” and so was the movie, Even with no big difference in the story from the usual love movies, the film stands out in the way of narration and some exciting romance scenes. The film grabbed attention in the first 10 minutes itself. Though the movie is from a bunch of debut youngsters, the film doesn’t feel amateur.

The plot of the movie is how two friends turn out to be lovers and then departs because of a little ego clash and continue like a usual love movie. The performance of the artists was greatly appreciable. Debut Actors KG and Athulya has performed well and were realistic. Athulya requires a special mention, who seems to be the talk of the town already for her cuteness.

The director Shiva Raj is also the Cinematographer of the film. He has also done a role in the movie. He has scored in all the sectors, especially the cinematography. The beautiful view of Coimbatore has been captured through his lens.

Go for it, it will surely not disappoint you. Lovers should never miss this, surely a Valentine’s Week special.

Verdict: Tamil Cinema Industry gets a bunch of new talents!