The much expected Mersal Movie has finally released in Theatres after many struggles. Mersal is Actor Vijay’s 61st Film and Thenandal’s 100th film as a producer. He is promoted as “Thalapathy” from this film. Here is the Mersal Movie Review in detail. 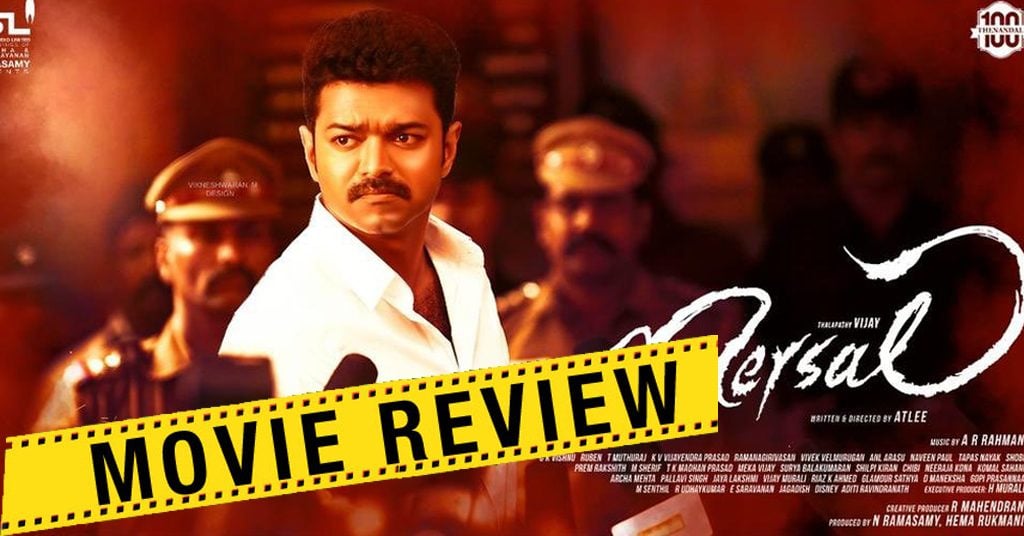 The movie is based on the Medical System in India with fully packed Commercial elements which Atlee is best at. The film starts off with a mass intro of Thalapathy Vijay. Towards the interval, the emotions were overdosed and were kind of predictable. But still first half was enjoyable with no dull moments.

The Second half has the flashback sequences, and SJ Suriya shines once again as a villain. Vijay looks stylish, and his dance moves were graceful.  The Storyline is very thin as expected but is a pakka commercial one much needed for the festive mood.

The Vijay – Atlee combo strikes again with what we expect from them. A visual treat for the fans. The performance of all lead actors Samantha, Kajal, Nithya Menon, were convincing. Vadivelu strikes with his body language and a much-needed break for him. After Spyder, SJ Suriya strikes again.

The visuals are the biggest plus of the movie and the cameraman who is a debut has done an incredibly amazing job. Kudos to Atlee and team and not to forget AR Rahman’s Music one another add-on to the movie. The much expected ” Aazhaporan Tamizha ” will give goosebumps.

Emotional scenes kind of overdosed at many places and the Vetrimaran portion could have been a little shot.

Mersal is definitely a Merattal Diwali for all Thalapathy fans.