Actor Vimal last movie ‘Maapla Singam’ released almost one and a half year ago. Now he is acting in a movie called ‘Maannar Vagaiyara’ directed by Bhoopathy Pandian. This film has been produced by Vimal’s A3V Cinemas banner. The film is ready for release and Vimal is happy that the film has come out very well. 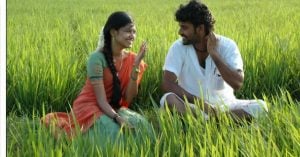 Yesterday Vimal announced two other projects that he will be producing. While celebrating his Birthday with his Kollywood friends.

One of those films will be directed by Vasanthamani who made his debut last year with the Sasikumar starred ‘Vetrivel’. This film will have Vimal in the lead role and Samuthirakani in an important character.

After that film, Vimal will produce ‘Kalavani 2’ the sequel of super hit movie ‘Kalavani’ which is a path breaking the film in Vimal’s career. ‘Kalavani’ was also the debut film for Oviya who has become a sensational celebrity in Tamil Nadu after the Big Boss Tamil reality show. ‘Kalavani 2’ will be directed by Sarkunam after he completes his proposed film with Madhavan.

It is not yet confirmed whether Oviya will be retained for the sequel of ‘Kalavani’ but given the level of popularity and people’s affection she has gained after ‘Big Boss’ it is pretty sure that the makers will be very keen to cast her in the film either as the heroine or at least in a cameo role.