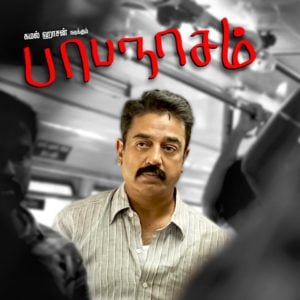 A complete mind-boggling movie which won’t fail to entertain the target audience at any given point.

A perfect colour xerox of Drishyam when u take the story, screenplay and even the objects used into consideration.

The only but important difference between Georgekutty and Suyambu lingam is the EMOTIONS factor and yes Tamil audience need that. Aandavar has emoted really well (Especially the climax part _/\_) which is a cakewalk for him as we all already know. Lalettan stands stiff in all situations and it doesn’t mean that he hasn’t emoted well.

Draggy first half containing the “Arokya milk ad scenes” in terms of family enjoyment in greenish rural areas, little humor, very little romance (intolerable for some and some enjoy the onscreen chemistry) and thrilling scenes.

Sublime second half with magnificent mind games, enthralling BGM with some ravishing reactions which keeps u at d edge of seat.

Speaking about the characterization the director has done a brilliant job. When comparing it to Drishyam, they’ve retained few people and lots of good changes have been made for Tamil audience. Especially bringing in Kalabhavan Mani for Kalabhavan Shajon really deserves an applause.

Of course there are strictly no masala scenes and this isn’t a kind of film which has an item dance in front of d villain. Please don’t ever expect this at least in these kind of films.

At last the way the whole cast got hang of the Tirunelveli accent and used it flawlessly deserves a special mention. The slang is little difficult to understand for some audience.

Trisha is least bothered regarding her called off engagement