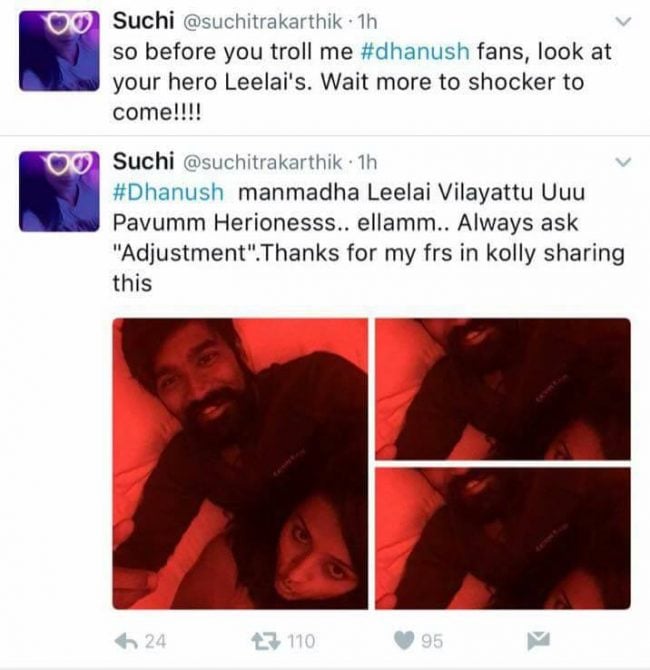 For the Past few days singer Suchitra has been posting some controversial tweets & criticizing Actor Dhanush, even she claimed that Dhanush attacked her in twitter a few days ago. A few hours ago she tweeted a large number of controversial pictures of Dhanush taking advantage and misbehaving with Trisha. She also added that she has more evidence in her tweet. We have mentioned her tweets Above 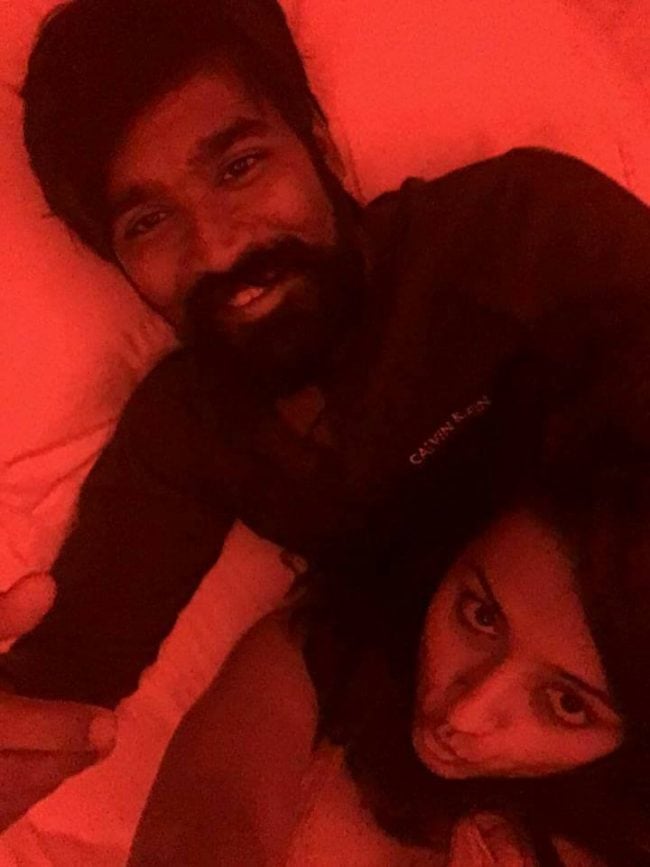