Mersal is a 2017 Tamil-language film starring actor Vijay in triple roles with Samantha, Nithya Menon and Kajal Aggarwal playing the female lead roles. The film is directed by Atlee and co-written by K. V.Now Sri Thenandal Films, producers of Thalapathy Vijay’s Mersal is leaving no stone unturned when it comes to the promotion of the film.  The enthusiastic marketing team is planning to promote the film on all possible platforms to provide phenomenal reach. 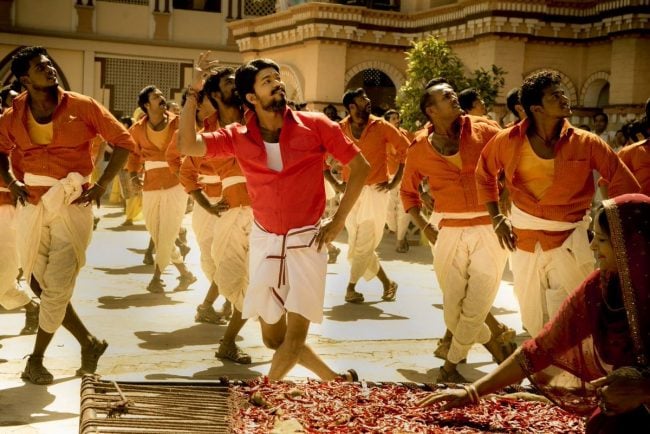 While the teaser has crossed more than 26 million views on YouTube, on Sunday (Oct 8), two new promos were aired during Baahubali 2 premiere on Vijay TV. The two promos got a massive reach since audiences are glued to Baahubali 2, which is an all-time industry hit. After launching the teaser in Vijay TV, online versions of the two promos were also released and needless to say, both the videos trended on YouTube, Facebook, and Twitter. The first promo had Vijay mouthing a punch dialogue saying it takes one era for people to accept someone as a leader while the second promo had cute romance and comedy to attract family audiences.