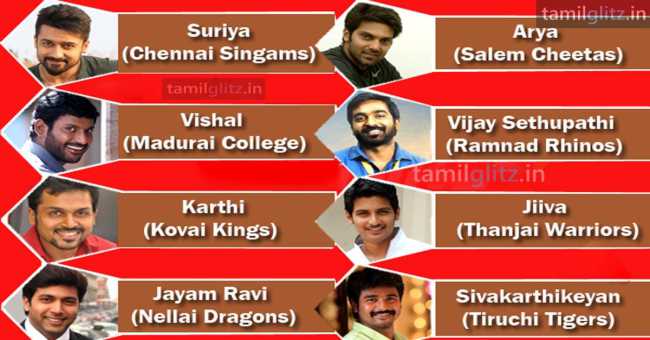 Tamil Actors Star Cricket – Complete Players List: With just a few more days to go for the big bash Star Cricket tournament to be held on the 17th of April the all star players list has been released and here we have them for you.