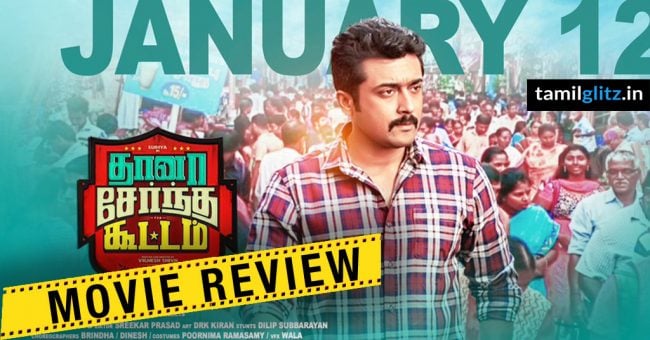 The movie which was expected much in recent times TSK has finally released and here is the review of Thana Serntha Kootam starring Suriya, Keerthy Suresh in lead, directed by Vignesh Sivan and Music by Anirudh. Let us see the movie review of TSK in detail.

TSK is an official remake of special 26 but still, the treatment carried out was in Vignesh Sivan’s style and suit the Tamil audience. The plot revolves around how a gang loots the unaccounted money in the name of CBI and using it Suriya’s dashing and natural performance is the biggest highlight and he is back to his Ayan days, Hope this continues.

The songs were speed breakers and Keerthy did her part well. Other Co artist like Ramyakrishnan, Navarasa Nayagan Karthik, Nandha has done a good job.

Anirudh’s BGM is the second hero. Elevates many scenes.

The pre-interval portion was too good, the emotions were well conveyed.