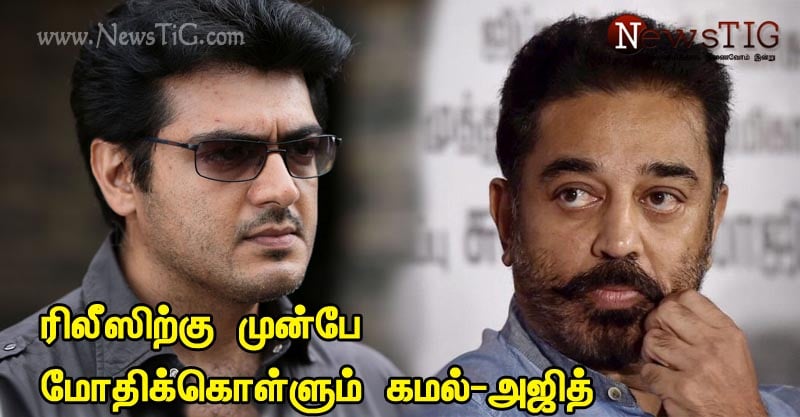 THE COLDWAR BETWEEN AJITH AND KAMAL

Ajith starring Vedhalam will strike the big screen for this Diwali on November 10. Shruthi Hasan, Lakshmi Menon, Soori, ThambiRamaya, Kabir Singh and many big shots have acted in this movie along with thala.

It seems Ajith strongly wanted to release the movie for this Diwali. So as to satisfy thala’s wish Director Siva has completed the movie at an express speed. Ajith has cooperated with the director so well that he completed his scenes even after he got a severe injury in his leg.

Moreover the movie has got “U” certificate from the censor board. The certificate has been issued without any cut been asked for said the producer. The hot news to be added is that The Kamal starring Thoongavanam is also set be released for this Diwali!

Both the movie has set a cold war among the fans even before the movies are released. It seems the big screens all over TamilNadu has been booked by Vedhalam and Kamal’s Thoongavanam finds it difficult to book the big screens! Kamal is under great pressure and is confused about this.

Tamanna rocks in a Transparent Dress at IIFA