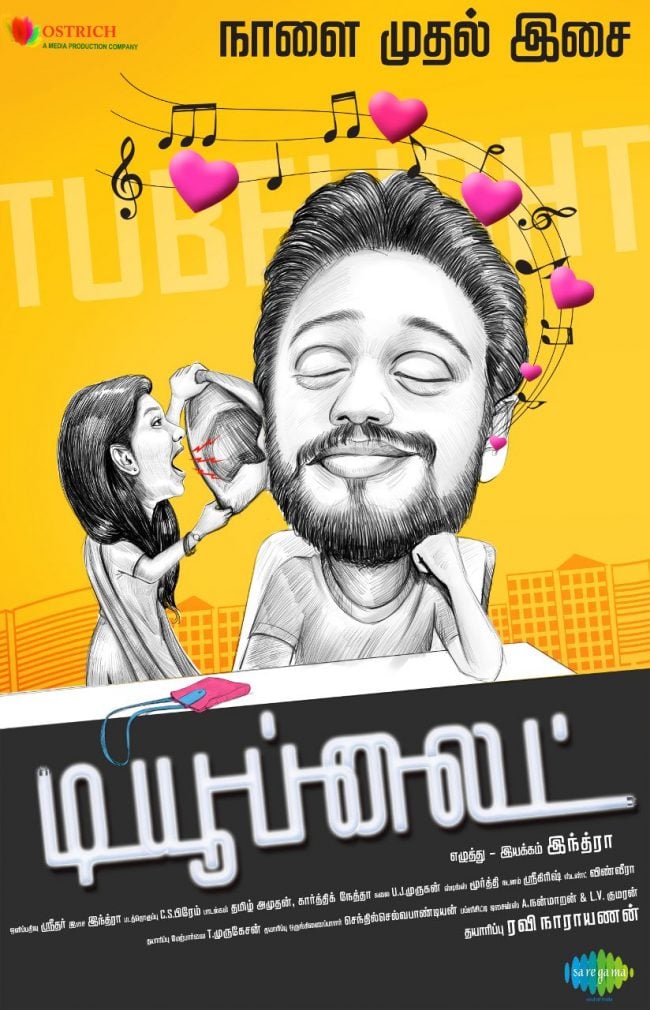 The music album of the  will be released on this Wednesday that is the 1 st of March 2016 Indra  Director & Actor has even  scored music for the film , So it is going to be a huge treat for Fans

“An imperfect man falling in love with a lovely girl with a crazy doctor playing the card between the man and his love is the one line story of our film ‘Tubelight’. The script was a non-linear type, so filming was a bit tough and adventurous. It was a pleasure for me to work with Pandiarajan sir who has done an amazing role in this movie and I assure that Tubelight would be a Visual treat for the audience…” says and signs-off Indra, the Director-come-Hero of the film ‘Tubelight’.