After a recent picture went viral stating that Oviya has left Bigg Boss show, fans went crazy and were very much worried. The picture that went viral was 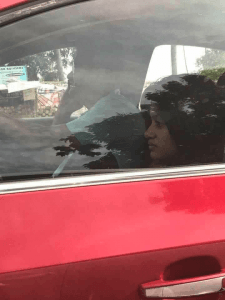 Official – Assitant Commissioner of Chennai police and one of the members of Oviya Army :P visited BigBoss house located in Nasrathpet & said Oviya is safe and doing good.

But still, there is a tension situation within the Bigg Boss set, as Oviya has attempted suicide and Police have arrived for an investigation.
One of the close friends of Oviya has also revealed that the picture which is circulating now is taken in Kerala way back. So no worries, Oviya is safe. #OviyaArmy assemble, please :)