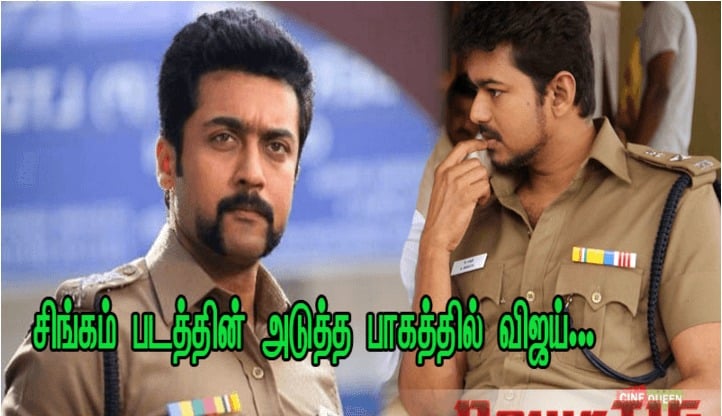 He has planned to produce the movies of M. Rajesh , Hari and Ramprakash. And the Film with Hari is said to have Illayathalapathy Vijay as lead and the film is to be titled as ” SINGAM 4 ” . Now the buzz is all the 3 sequels has Suriya as the lead and the 4th one as vijay ? The word Singam definitely represents Suriya in Kollywood :) and this news made everyone shock :O

This film is gonna be Vijay’s 61th film and the film is set to begin in the late 2016. Meanwhile PT Selvakumar is producing M Rajesh and Ramprakash film both  the film is said to have Jiiva in the lead role.