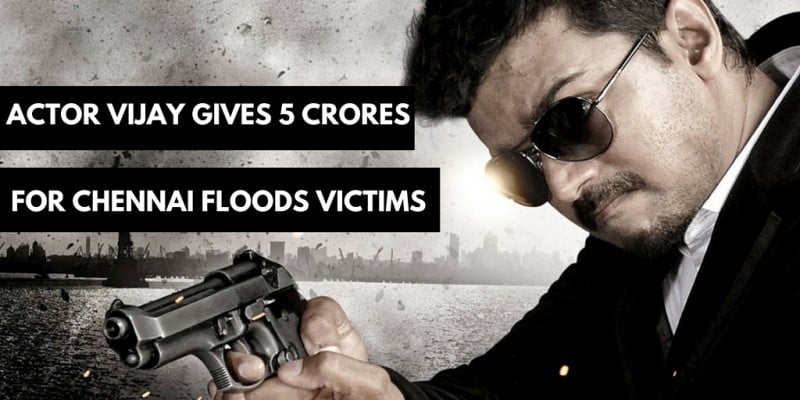 Amidst the other actors who paid their Contributions for Chennai Flood Relief, Actor Vijay’s 5 Crore Donation sparked since the next highest was Raghava Lawrence’s 1 Crore.

Actor Vijay’s Shobha Wedding Hall in Valasaravaakkam is also open for public to stay and Free Food will be served for the Flood Affected People.

Having the Second Highest Number of Fans in TamilNadu next only to RajiniKanth, Vijay proved that He can give back to his Fans when they are in Need.

Vijay is an Indian film actor and playback singer who works in the Tamil film industry. Son of film director and producer S. A. Chandrasekhar, he started his career as a child actor in the movie Vetri … Wikipedia