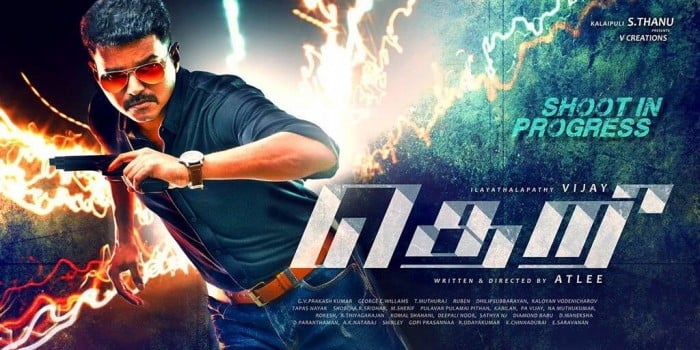 Vijay’s Theri Movie Shooting comes to an End on December 6 (Sunday) as published by Amy Jackson on Instagram & Twitter.

On Instagram, Amy Jackson wrote ” Vijay, myself and the whole team are on the last leg of our shooting schedule for #Theri in Goa. Not being able to help out physically in Chennai doesn’t mean we can’t be of service. The next step is to rebuild the city and we can do this by our donations. Please let’s join together to get Chennai back on its feet. ”

On Twitter, Amy Jackson wrote ” Vijay, myself and the whole team are coming to the end of our shooting schedule for #Theri in Goa. ”