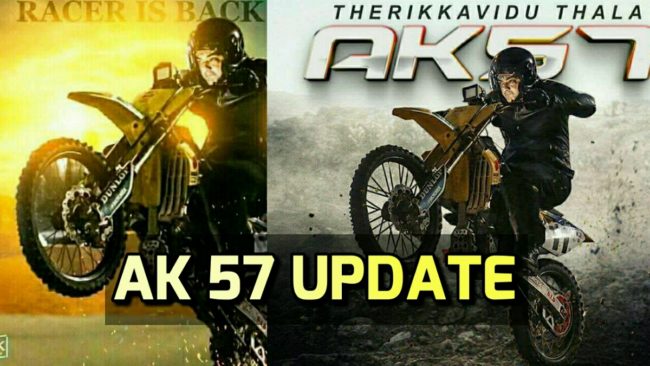 One of the highly expected movie in Kollywood is #Ak57 directed by siruthai siva, starring Ajith Kumar in male lead and Kajal Aggarwal in female lead. Akshara hasan also having a major role in this film. The Bulgaria shooting portion has almost been Completed. Ajith Kumar has now returned returned to chennai for christmas celebrations.

#Thala57 Audio rights has been bagged by Sony music. As anirudh is Composing for #Ak57, The expectation for the audio increasing rapidly as the Vedalam music has been a big hit. It has been said that #Ak57 movie chennai rights has been sold for a big price for jazz cinemas.