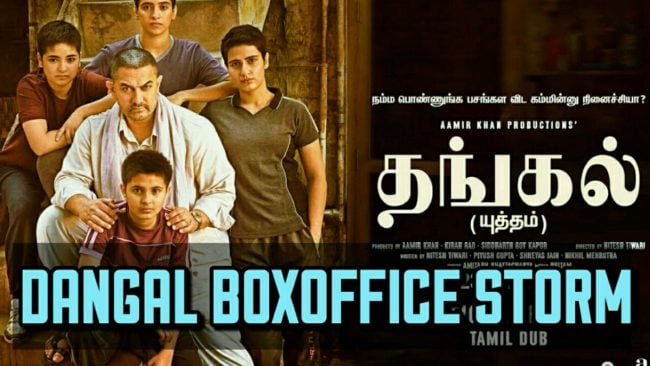 Dangal starring Aamirkhan has been running successfully throughout the world with highly positive reviews from the critics. The Film’s Boxoffice collection is said to be affected due to the demonetisation in India. Inspite all these issues Aamir Khan’s Dangal has Released over 4000+ screens throughout India including Tamil and Telugu versions.

Dangal has collected a big number in Boxoffice though there is Demonetisation problem and it emerged has Second highest opening for a film in the year 2016, Where Salman’s Sultan occupies the first place. Dangal has collected 29.78 crs on its day one including 59 lakhs from Tamil and Telugu versions.

Will Ilayathalapathy Vijay fans gets a New year treat