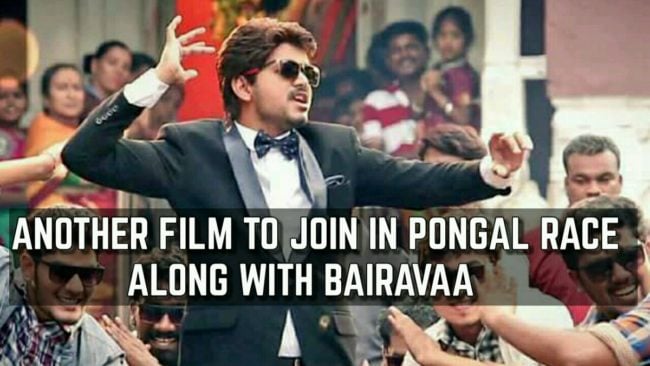 Always Pongal festival season will be the most favourite for all the movie makers to release their films. As Pongal season has Back to back holidays, it fetches more money to the films. Pongal 2017 has been getting bigger and better as many movies Jumps in the Pongal race. Ilayathalapathy Vijay’s Bairavaa is the most Anticipated one in this. Anyhow Bairavaa is the biggest release in this season, let us all see what are the other movies in the race.

The latest buzz is that #KodittaIdangalaiNirappuga also joins in the pongal race of 2017. #KIN starring shanthnu has been directed by Radhakrishnan parthiban. Shanthnu Bhagyaraj has proved himself to be a Vijay fan in many occasions. He jumps in the pongal race along with his idol.

Still few more weeks to go for pongal, it has been estimated that some of these movies will be out of the race as Bairavaa is in the Race. Let’s wait and watch!!

Its Lawrence vs Suriya now