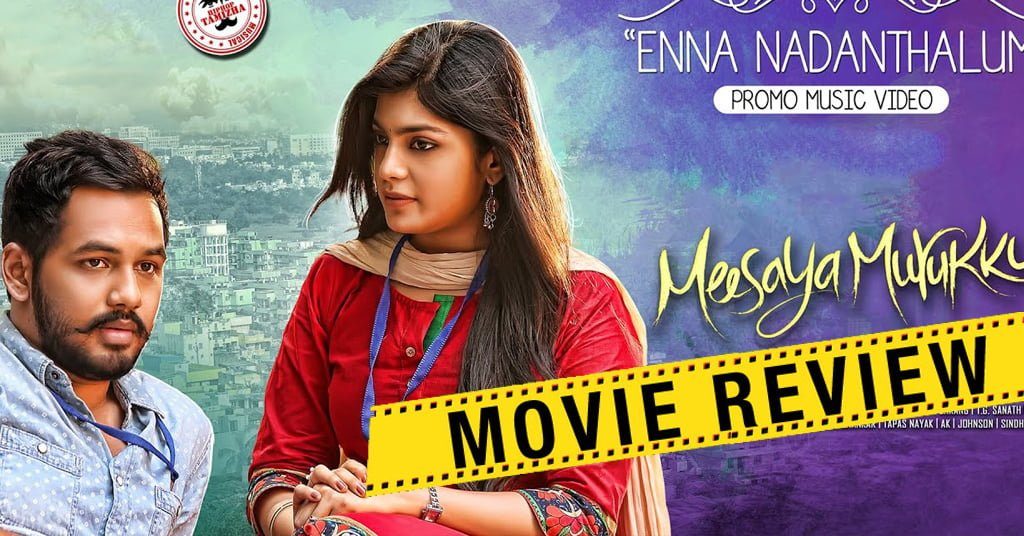 The story shows how a middle-class boy becomes a sensation using the support of his friends, online fans, and his dad. Vivek plays as the father of Aadhi and how he remains inspirational for his son. Vivek’s acting is a big boost to the film. Aadhi has played his role decently, truly a great debut. The HipHop Tamizha sensation is clearly seen inside the theaters, no debut hero will get such a response from the audience .

The BGM has elevated many scenes and songs are caught too. The whole film feels like a fresh bundle. The co artists have also given their best, VJ Vigneshkanth ( SmileSettai fame ) has done the role of Jeeva – Aadhi’s best friend and his humor have worked big times.
Ananth Ram who played the role of Aadhi’s brother has really done a great job ( New Talent found ). Heroine too does a decent performance. Sha Ra ( Temple Monkey Fame ) has really done a good job, he scores in major parts.

On the whole Meesaya Murukku is a fresh movie from a team of talented youngsters. Though the story is not new, you will enjoy. Neatly packed. The time when ” vaadi Pulla Vadi ” play you will literally get Goosebumps. Go enjoy in theaters .

Oviya Thanks her fans #BiggBoss #OviyaArmy