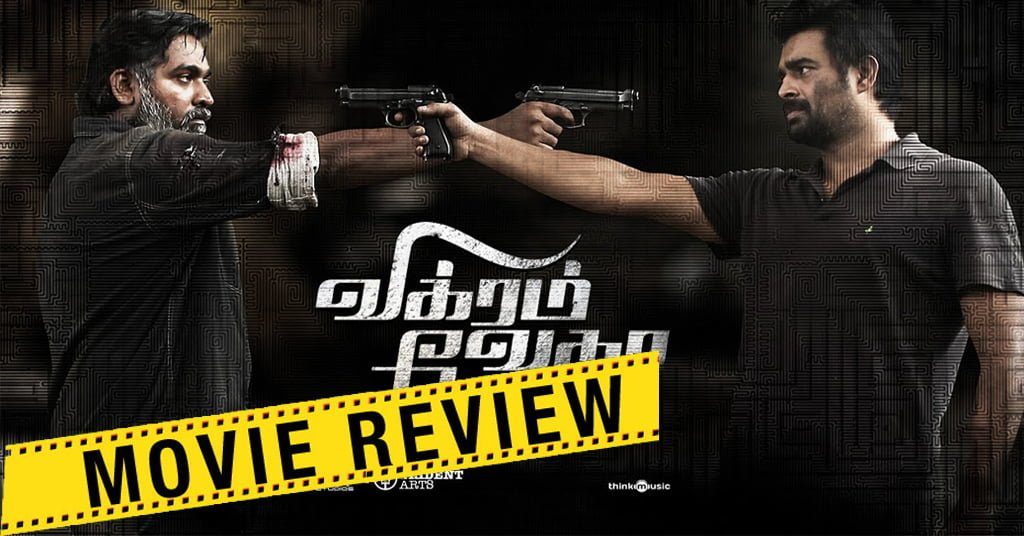 Vijay Sethupathi as Gangster and Madhavan as an Intelligent Cop are the key elements of the film as you all know. The story seems to be just a story between a cop and a gangster but the film has much more to offer. The writing is so strong and the screenplay is really good. The director has put a lot of effort in the screenplay and writing. The adaptation of Vikramadityan – Vedhalam kind of structure in a North Chennai background should be appreciated. Pushkar- Gayathri the director of the film needs a special mention!

The film is technically strong too. Sam’s BGM plays a vital role in the film, the Vedha’s BGM elevates VijaySethupathi’s mass in many scenes. The songs were also good and a special mention to ” Yaangi ” song, it’s too good!

The cinematography should also be appreciated, the frames are apt to the story. The movie doesn’t have a single scene which is unnecessary, everything is for a reason.

The film falls in the line of Cult Classic. It deserves a Blockbuster status, but will our audience give that? we have to wait to see that.

Verdict: The much-needed break for Kollywood!