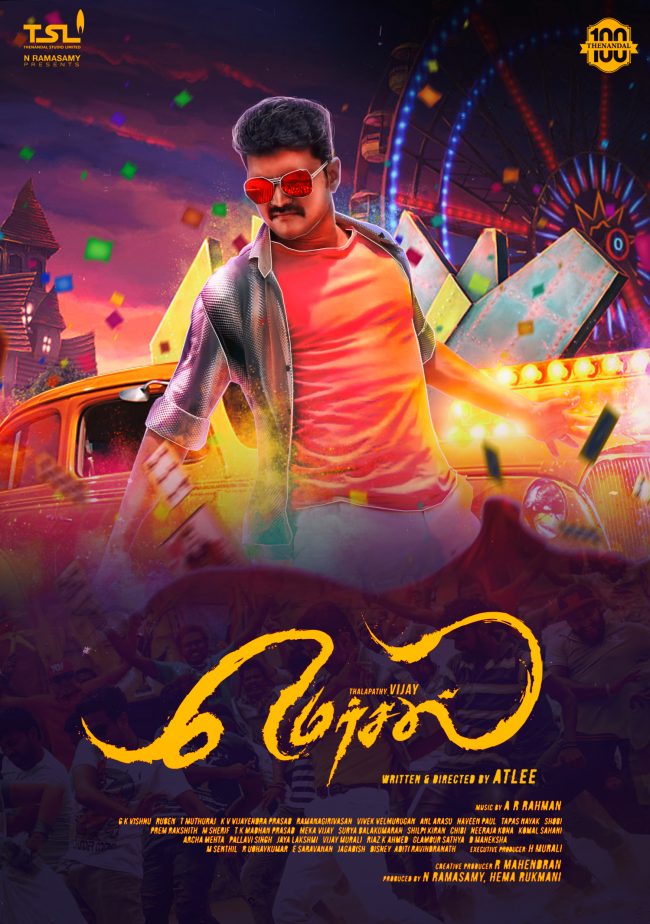 The movie is Written and Directed by Atlee Kumar and this is his second movie with Vijay. And is expected that Samantha, Kajal Agarwal, and Nithya Menon have important roles to play in the movie.The movie is produced by Thenandal films, with AR Rahaman as a music director.