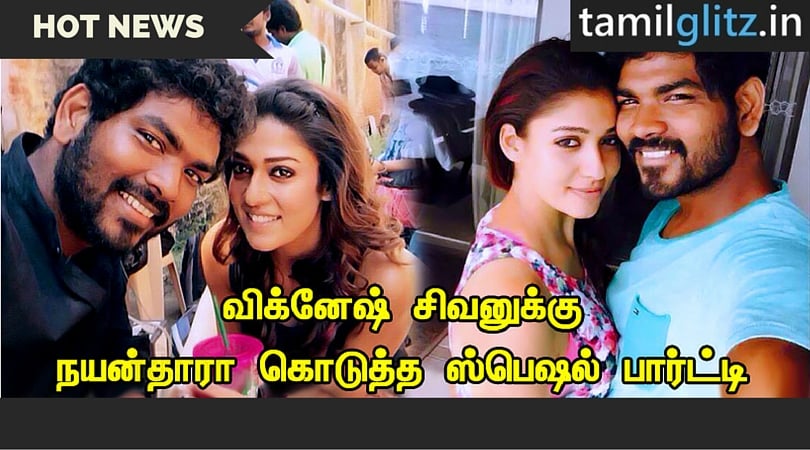 Vijay Sethupathi & Nayanthara starring Naanum Rowdy Dhaan by Dhanush is running successfully in theatres all over TamilNadu. Dhanush already celebrated the success with a huge party to the movie crew members.

In the meantime, Nayanthara offered another party for the Director [Vignesh Shivan] especially for him and they both were partying all night long, as rumours spread around Kodambakkam.

This was not an ordinary party, According to Vignesh Shivan, this is the best party he has ever been to in his entire life. It is to be noted that news about a secret marriage is also being spread which has not yet been confirmed officially by either of them.

This News is going viral all over Social Media. Please Share to let your Friends Know…!!!

Tamanna rocks in a Transparent Dress at IIFA