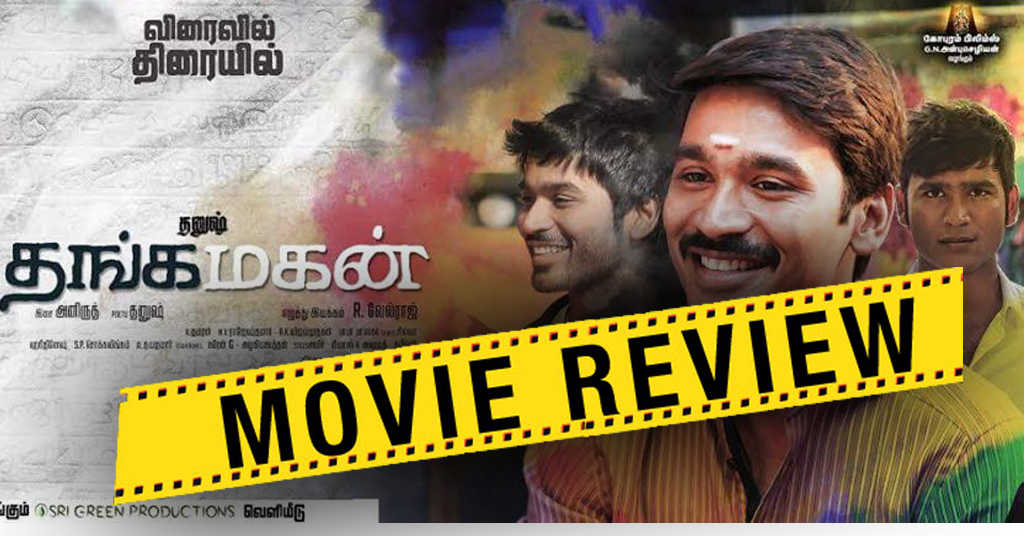 We are here to give you Thanga Magan movie review

Thanga Magan is the story of a guy who belongs to a middle-class family. Dhanush loves Amy Jackson in his young age and the duo spends some quality together. But, his parents oppose his love since Amy Jackson belongs to other community and she has a rich family background. Main plot revolves around, what happens when an unexpected incident happens to Tamizh’s father, how does it impact Tamizh’s routine life and how he overcomes from this situation.

Film is technically strong with perfect cinematography from A.Kumaran and editing by
M.V.Rajesh Kumar. Biggest strength of the movie is its duration, The film is just crisp 2 hrs.
Climax fight sequence has been choreographed well. All the songs flow along with the
scenes and no separate duet tracks. Picturization of the songs should be appreciable.

Anirudh’s BGM is not as impressive as VIP .K S Ravikumar as Tamizh’s father, one of the finest actor. Wonderful performance, he emotes really well.

Dialogues are important enough to be noticed.He has made a cameo appearance. There are no mass scenes like VIP. Main highlights of the movie are national award winner Dhanush’s flawless performance, the feel good and emotional family sequences, DhanushSathish comedy scenes and Dialogues. Slow moving second half and the antagonist role are the negligible drawbacks.Overall its a simple movie which is worth watch.