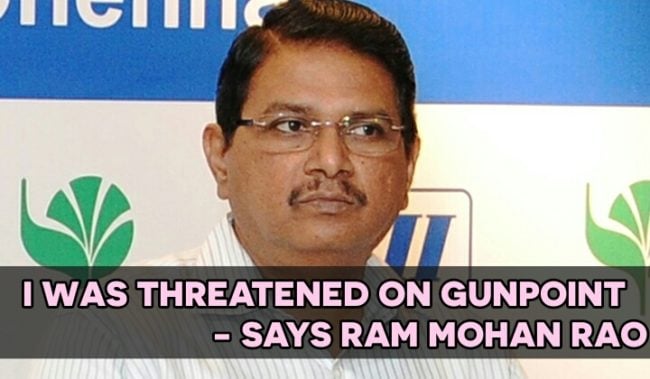 This December gave us a lot of Shocks and Interesting news as well. The Recent controversial news is the It raid in in Former chief secretary Ram mohan rao’s Home and Office. He was immediately dismissed from his chief secretary post after that, and new Chief Secretary has been appointed after that.

Now Ram mohan rao has revealed said Shocking statements in the press conference held today. He said that his life has been in risk during the Raid when the officers threatened him in Gunpoint. He also said that the Search warrant doesn’t had his name and it had only his son’s name. He strictly condemned Central government for these activities.