Withing few minutes the trailer was trending in both Twitter and Facebook. Fans were super Excited and the trailer received huge response. It was comparatively good when compared to the first trailer! 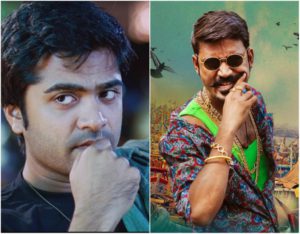 Almost all began to post and tweet that the dialogues in the trailer was especially for Dhanush and Maari movie :P For example Maari trailer had the dialogue “Nangaellam Thara Localuu ” and Vaalu Trailer featured the dialogue ” Nangalam Extreme Local Sir ” . Every one began to ask whether its for Dhanush ? :P 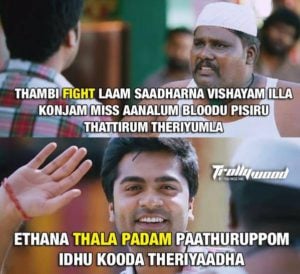 On the other side Dhanush Shared the trailer in Twitter and wished STR all the best ! :)

Its to  be noted that both the films are releasing on 17th June and fans will have a real treat !
Lets wait and see who is Thara Local and who is Extreme Local ?
Trailer Link : https://www.youtube.com/watch?v=TfVedaWc0b0