After the recent tweet of a Journalist, Dhanya Rajendran from NewsMinute criticizing Jab Harry met Sejal along with Actor Vijay’s Sura. Fans of Vijay started abusing her in twitter and they also trended a tag #PublicityBeepDhanya. The issue was beyond the limit that Dhanya has to give complaint against these online fans and FIR was filed against 5. Here tweet screenshot can be found below 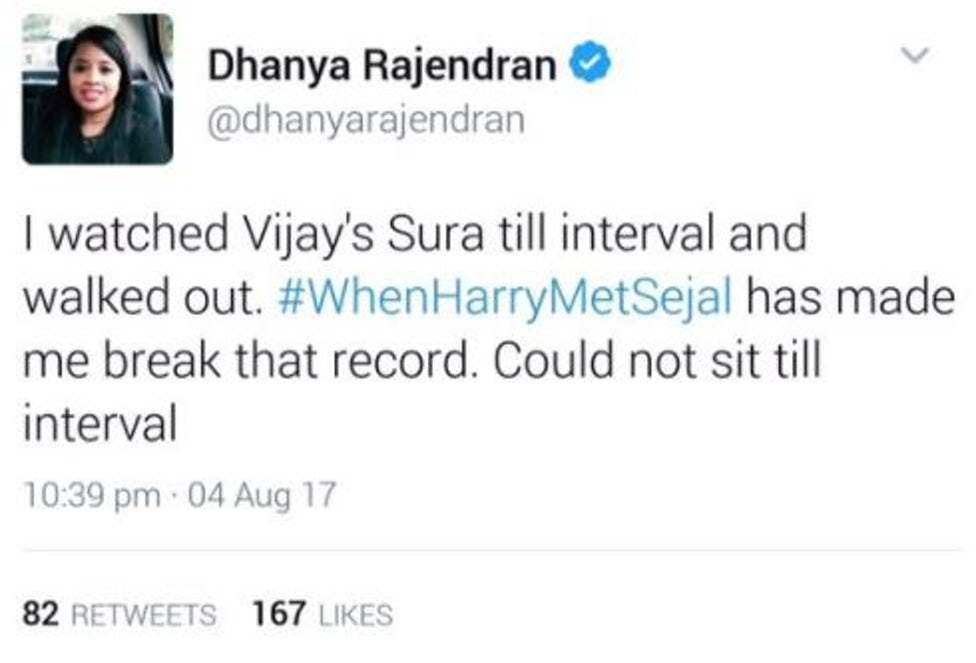 Many people were in favor of Dhanya Rajendran and said that this would only stop if Actor Vijay leaves a statement about this issue before it gets worse. And finally, Actor Vijay has published a statement. The statement states that
“I am someone who respects women a lot. Everybody has the right to criticize anyone’s film. It is my view that no woman should be spoken of in a demeaning way for any reason or anytime. Everyone has to praise womanhood,” reads the statement from Vijay.
He also added, “I request that nobody should share hurtful and wrong views about women on social media.” 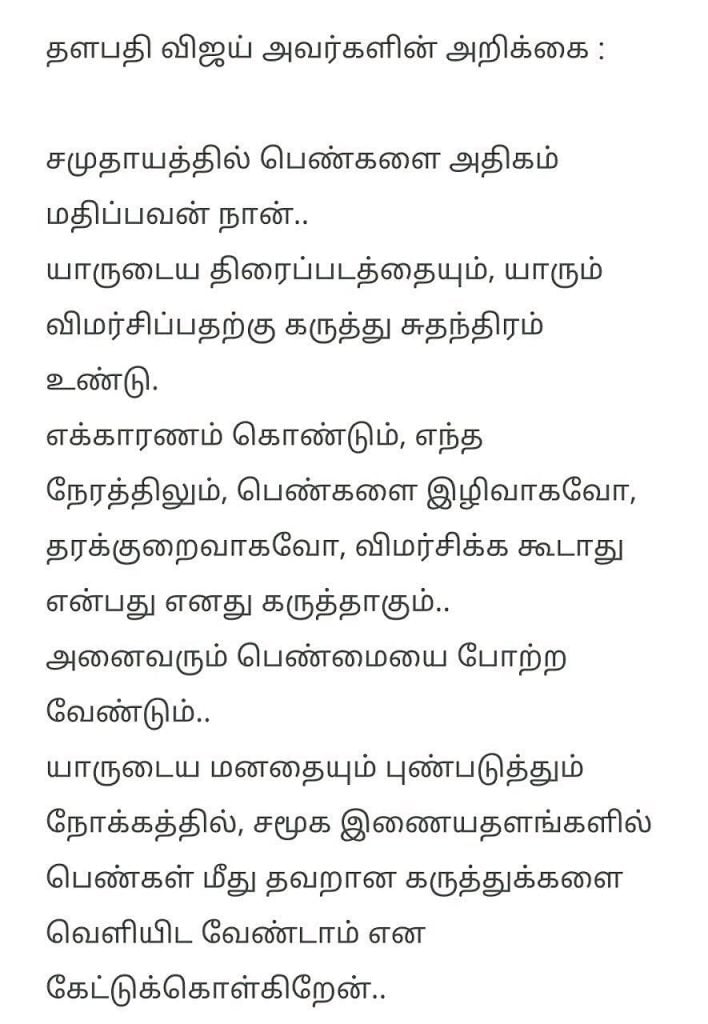 Lessons To Learn From Bigg Boss