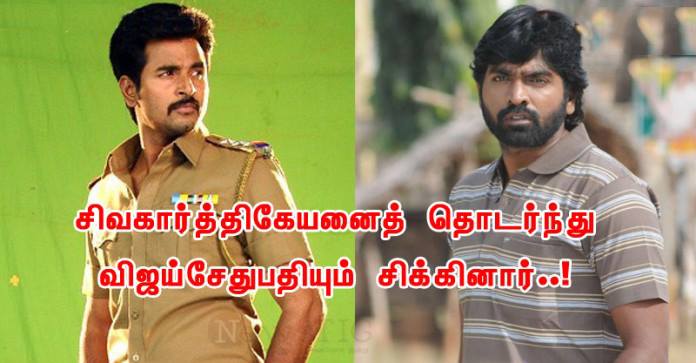 Nowadays Sivakarthikeyan’s movies started getting almost the same amount of expectation as that of Vijay and Ajith Movies from the Audience. His Recent Movie Rajini Murugan is also under great expectations.

Rajini Murugan was said to be released on September 17th, but due to some reasons it was postponed. Even Director Ponram was giving a speech making fun of this movie’s release issues. This caused problems in Kollywood Cinema Industry.

It is said that the huge loans of the producer of this film, Thirupathi brothers is the reason for the release being postponed continuously. In addition to this film, Vijay Sethupathi’s Idam Porul Aeval is also produced by this Production Company.

While both these actors are forced to provide hit movies, their movies not being released is quite a big issue for them.