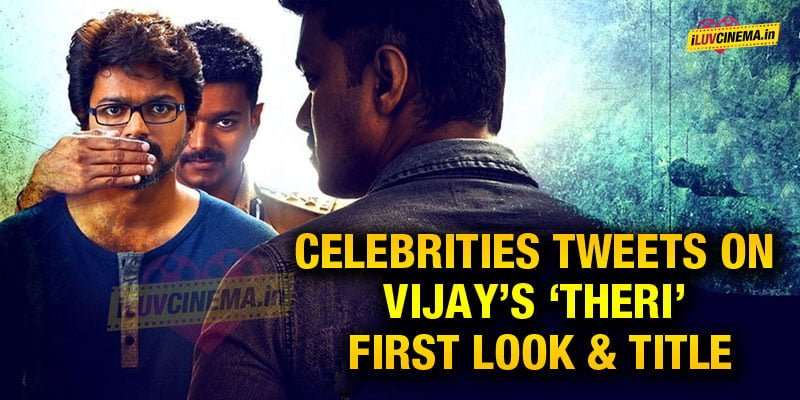 Ilayathalapathy Vijay’s 59 th film “Theri” first look was released yesterday (November
25 ) and within few seconds of its release, the first look posters of “Theri”
received a tremendous response from the audience.

Vijay fans started spreading the title and first look posters, using the hash
tag #theri. The first look poster created a buzz telling that, Vijay might play
triple roles in “Theri”. Some reports say that he will be seen playing the role
of a cop along with Amy Jackson.

Along with the audience, celebrities went gaga over the first look of Vijay’s
“Theri”. They praised the title and posters of Vijay’s movie. They created
enough amount of buzz on the social media.