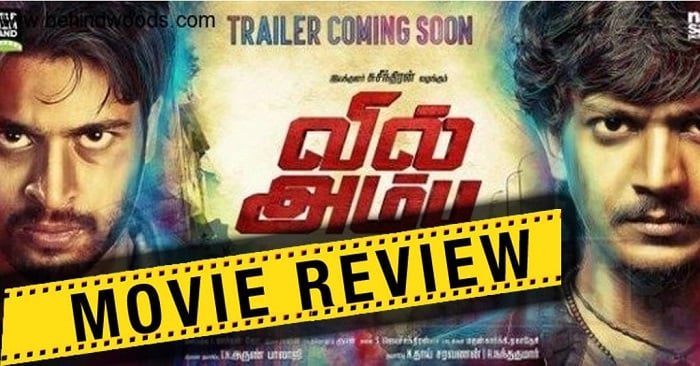 Vil Ambu is an upcoming Indian Tamil-language thriller film written and directed by Ramesh Subramaniam and presented by Suseenthiran. Wikipedia

Vil Ambu is about one such instance, where a couple of youngsters, each belonging to an upper class and lower middle class are residing in the same locality.These characters one being a Roughneck and an innocent person never meet from beginning till the end, but somehow they keep influencing each other.

New Era youngsters will relate themselves with Actor Harish’s “Arul” character !! Father – Son relationship is emotional !! Presenting a story with multiple branches within 2hrs along with gripping screenplay is not an easy deal, Director Ramesh has succeeded. YogiBabu’s hilarious comedy counter’s are amazing, realistic laugh riot and it works out very well!

This film is the best dual hero subject in recent time and the realistic screenplay will definitely keep Audience engaged. Last 20 mins of Vilambu is edge of the seat experience !! Don’t miss the never seen before screenplay Experience.

Negative:
First Half could have been better and trimmed a bit.
Heroine’s part