Niroop Nandakumar was born in Vijayawada, Andhra Pradesh on August 6th, 1993. After his birth, Niroop’s family shifted to Chennai. He is an Indian model and now he completed his acting training course in the Mindscreen film institute.

Now he is getting ready to act in movies. He is a young entrepreneur and he owns a restaurant named MADRAS AMORE which was mainly concentrated on south Indian dishes and it is located at Alwartirunagar, Valasaravakkam, Chennai. Though he was born in Andhra, he speaks good Tamil and also Telugu. He loves dogs and he is very active in his Instagram account. He is already known as Bigg boss famous Yashika Anand’s boyfriend.

Niroop Nandakumar is a model and budding artist. Even though he is from Andhra, he knows both Tamil and Telugu. He completed his schooling in Chennai (school name not known) and he completed his college in SRM UNIVERSITY, Chennai. He is the owner of Madras Amore restaurant.

It is a non-veg restaurant which is well known for its traditional style of cooking. He is an entrepreneur and also he is keen on acting. He loves dogs and he posted many pictures with dogs on his Instagram account and also in this covid time he gave food to needy people. He has millions of followers on Instagram and other social media. He has separate girls fan base for his own. He is very active on Instagram and social media.

He is the boyfriend of the actress and the model Yashika Anand, who was very popular in the Tamil film industry. Yashika is one of the contestants of big boss season 2. Yashika was a tough contestant in the Bigg boss house who get eliminated in the final week of the contest. After bigg boss, Yashika got many movie offers and also now she is turning out becoming a good actress in her recent films.

Some of her films are Iruttu arayil murattu kuthu, Zombie etc. Recently, Yashika was met in a car accident by driving with her friends and she lost one of her friends. While Yashika is in the Bigg boss house, Niroop given an interview along with his friends on youtube supporting Yashika. Yashika and Niroop are good friends which he mentioned in the interview and shared few funny moments with her. He completely supports Yashika and he shared few interesting things about Yashika. Also in that interview, he added that Yashika has a boyfriend and he didn’t reveal the name but he not liked the controversies he heard about Yashika with Mahath. Bigg boss season 2 mostly revolves around Yashika and Mahat’s controversies. After bigg boss, Yashika, Niroop, and Yashika’s friend Aishwarya met at a party and their friendly funny conversation on Instagram live went viral on Youtube.

Niroop Nandakumar completed his acting training course at Mindscreen film industry. Midscreen training institute was founded in 2003 by Director Rajiv Menon who is a renowned filmmaker who worked alongside Maniratnam and other directors as a cinematographer for famous movies like Bombay, Kadal, Guru, etc. Then he made his directorial debut by making the Minsara kanavu movie which gains a name for his Direction. Then he made many good films and he started this Midscreen film institute for cinematography and then he added other courses for Screen playmaking, Film making, directing and acting.

Niroop Nandakumar is very passionate and interested to act in films and he is working hard for it. He knows Tamil, Telugu, and English languages. Bigg boss stage will be a life-changing path for his film career. Many budding artists getting chances for the movies after they enter into the Bigg boss stage. Surely he will become one of them to achieve his dream. Already Niroop has a huge female fan base in his Instagram account and no doubtfully he will be one of the charming men in the Bigg boss house. Already people know him as a friend of Yashika and now we are going to know him better in all the ways. 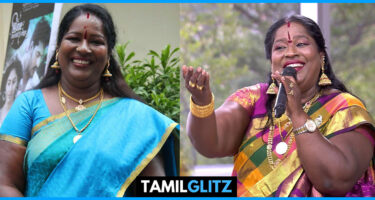