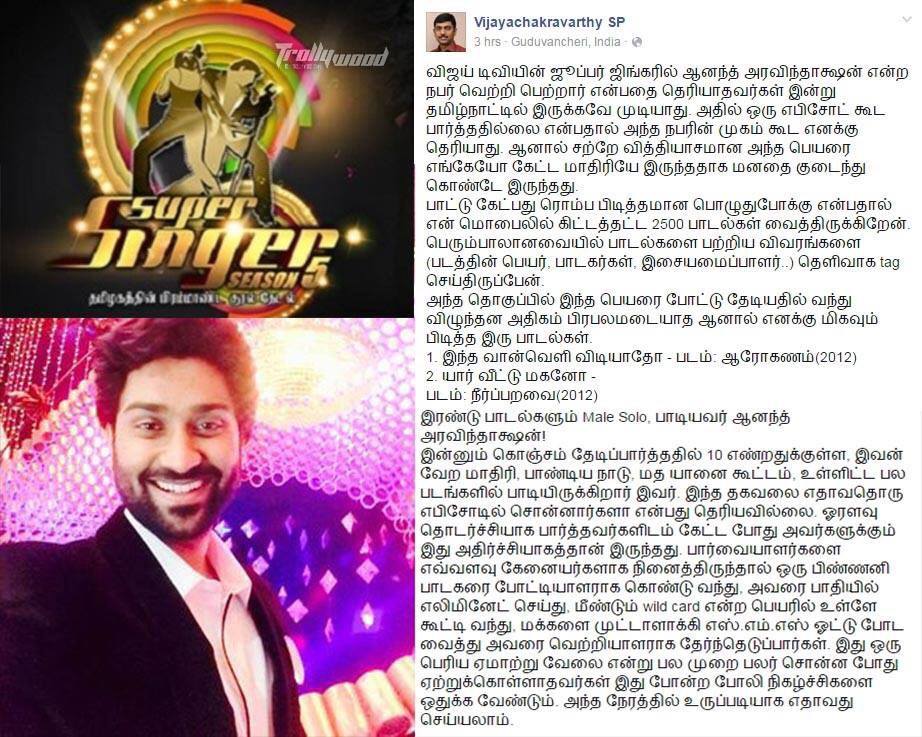 Super Singer is a popular show in Star Vijay TV and has a lot of Audience. The Final of the fifth season of this show was recently telecasted and the winner was declared as Anand Aravindaksha. Audience were asked to vote via SMS and Website.

Audience were asked to vote via SMS and Website.

Anand Aravindakshan was found to be playback singer already and has sang many songs in films like Arohonam, Neerparavai etc. But he has never mentioned about this during any of the episodes.

Must See: Complete List of Songs by Anand Aravindakshan in Movies as a Playback Singer

This has created a buzz in the Social media and may has expressed their hatred to Vijay TV and stated that Vijay TV has done such thing for their cheap publicity !!

Also See: Official Response from Vijay TV about this Controversy

19 thoughts on “Super Singer Issue – Anand is a Playback Singer”