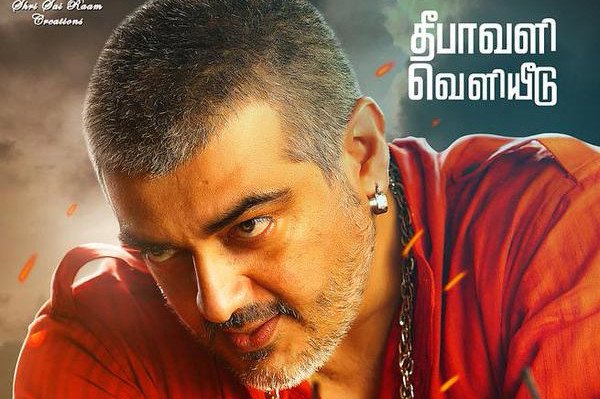 His Thala 56 releasing this Diwali was long awaited for the Title. There were two options namely Vedhalam and Varam. Varam was a second choice, since Ajith liked the title Vedhalam it was made final. This Title is trending all over Twitter and other Social Media Sites. It was one of the longest awaited Movie Titles in Kollywood Cinema. After his Blockbuster Veeram with Director Siva, Now they are back again with Vedhalam. The First Look Poster is also shared and viral all over Social Media